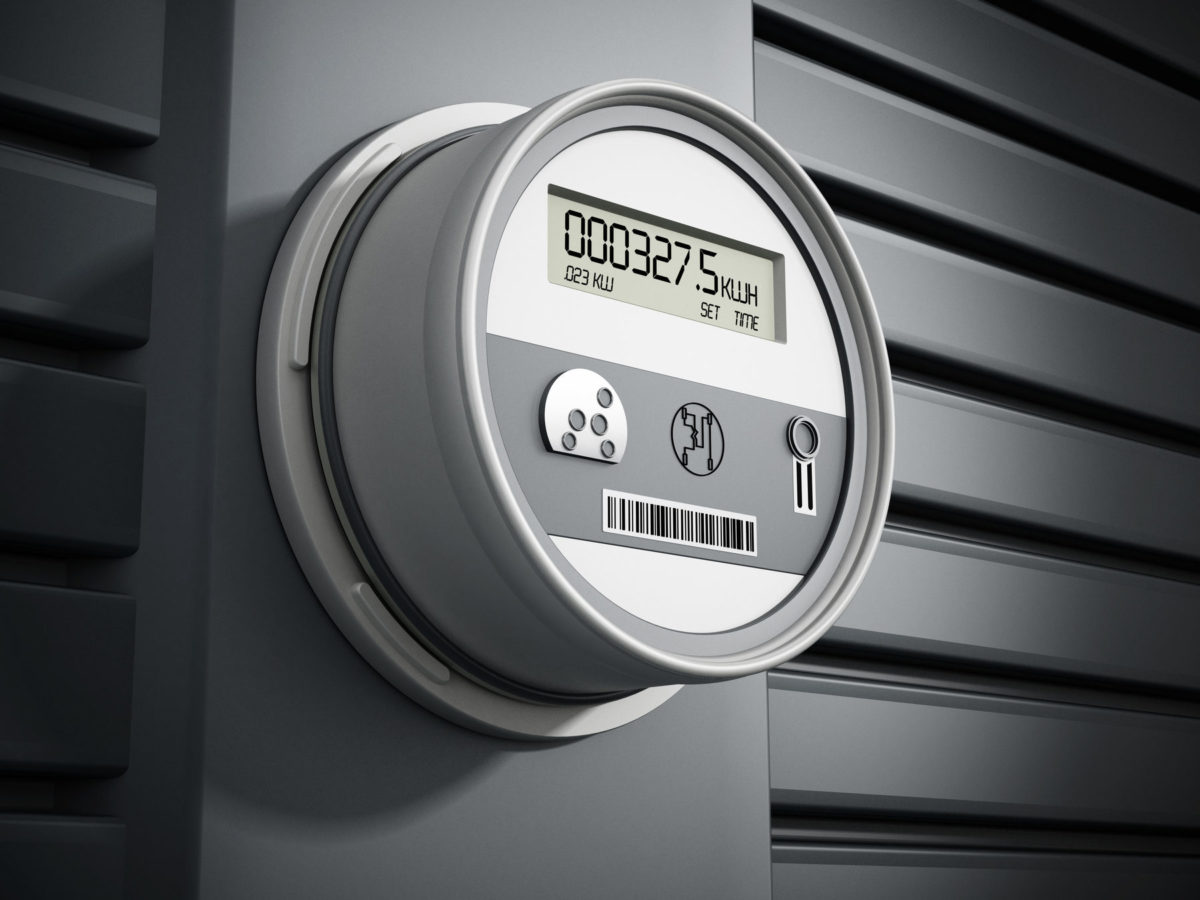 Like many electric cooperatives in the United States, Arrowhead Electric Cooperative Inc. employees have at their fingertips the power of modern technologies, including advanced metering infrastructure, a meter data management system and a geographic information system (GIS). But with only 18 employees and an overwhelming amount of data at their disposal, the utility has only begun to discover what all these technologies can do for it and its member-consumers.

A rural electric distribution coop in the Arrowhead region of northern Minnesota, U.S., Arrowhead Cooperative offers load control programs that save member-consumers money and provide the co-op a mechanism for reducing demand for electricity on its system at times of peak use. The utility knew how many member-consumers were enrolled in its load management heating program and the amount of electric load typically controlled during load control events. However, it suspected some of the meters had load control receivers that were not operating as intended. Although the utility had the technology and data available to solve the problem, it did not have the data analytics resources to use them to their full advantage.

The project started with an audit of Arrowhead Cooperative’s load management heating accounts for the 2016-2017 heating season. Employees used data from the utility’s advanced metering infrastructure (AMI) system to create load management heating accounts in a virtual meter in their meter data management system (MDMS). Using a contributing meter export within the MDMS, data was exported to an Excel spreadsheet that categorized accounts by their amount of missed control and frequency of missed control.

Accounts throughout the control period during the billing peak that exceeded 0.5 kW of demand were flagged as a missed control event. As data tracking and analytics progressed through the heating season, a consistent methodology was created that could be applied to analyzing subsequent heating seasons.

Radio propagation map layered over a map of problem load control receivers shows where poor radio coverage may be the root cause of missed load control events.

The next step in the project involved leveraging the geographic information system (GIS) to visualize the data. Taking the data from the MDMS and integrating it into the coop’s GIS showed at a glance where the greatest concentrations of problem meters were located. Arrowhead Cooperative has approximately seven members per mile, which means there was considerable benefit to be gained by zeroing in on hotbeds of problem meters. Technicians could be dispatched to those areas to address many meters in a concentrated location, thus reducing drive time.

The spatial data also enabled Arrowhead Cooperative and Great River Energy to go one step further and start identifying the cause of the problems. Some areas of the Arrowhead region of Minnesota are remote and subject to weak radio coverage for sending the control signal to the load control switches, or radio receivers. The coops took their hotbeds map and added a layer showing radio coverage in the area. Where poor radio coverage overlapped concentrated areas of problem meters, they deduced poor radio coverage was likely the problem. In some cases, simply replacing a faulty switch might be a fast solution. However, installing a new load control switch in these areas would likely not solve the problem.

The data also helped the coop to discover one vendor technology was more effective at catching radio signals in marginal communication zones, so implementing that technology in these areas might be an effective solution.

Having this detailed information proved particularly helpful during Arrowhead Cooperative’s work planning process. The utility was able to easily prioritize a list of its most wanted load management accounts, so it could get the most out of its resources in an efficient manner.

At the time, the co-op did not have a licensed electrician on staff. The list of meters with missed control provided a targeted plan that Arrowhead Cooperative staff could use in the field to work toward account corrections and get the connected loads back under proper control.

Data analytics shows amount of missed demand was primarily caused by a small fraction of receivers that failed during a control event.

The utility started by addressing the top 10 problem accounts, which accounted for 463 kW of connected load. This would enable the utility to gain approximately $30,000 in reclaimed demand savings annually.

Arrowhead Cooperative’s technicians will pay in-person visits to every member-consumer enrolled in a load management program. They will record member preferences and use patterns as well as information about the health of the connected member-owner equipment.

Next, they will apply those findings to an optimized model that helps to manage the coop’s demand curve as well as make load control and management work for both the co-op and its member-consumers. The technicians also will work with vendors to replace load management equipment and systems where needed.

In addition, Arrowhead Cooperative and Great River Energy will help other Great River Energy member co-ops to take advantage of the findings of this project by creating a procedure and tool set for them to use. Many of the co-ops already have invested in AMI, MDMS and GIS, so the technology and data are at their disposal. The only other elements needed are the ground truthing of information about the connected member-owned systems, more data on communication coverages, and either a control switch solution that works with existing providers or a new load control switch provider.

Working with Great River Energy, Arrowhead Cooperative used data from its AMI, MDMS and GIS to optimize the design and implementation of its load management heating program, save money and serve its member-consumers better. Arrowhead Cooperative already had invested in these technologies and knew it could pave the way to better business intelligence as well as add considerable value when paired with data analytics.

Not only did the technology and data analytics help the utility to identify and prioritize its most wanted load control receivers, the data displayed spatially with a radio propagation map enabled it to uncover where poor radio communication signals in the area may be to blame. This helped the co-op to identify the most effective solutions for addressing the problems.

Most importantly, the results of the project gave Arrowhead Cooperative the opportunity to look at a cross section of its load management programs, learn how they work for their member-consumers and give its member-consumers what they expect from the co-op: value added to their lives. Arrowhead Cooperative’s member-consumers will enjoy an overall lower cost of purchased power for the entire cooperative—a long-term cost savings that will help to control rates for the membership. The cooperative also will be able to use the data gained from this assessment to help deploy programs that will afford members comfort, flexibility and the low rates they have come to appreciate.

Yusef Orest (yorest@arrowhead.coop) has worked for Arrowhead Cooperative for two years. As member services manager, Orest is responsible for the co-op’s load management programs, energy-efficiency initiatives and off-peak rate programs. Orest holds a bachelor’s degree in economics from the University of Minnesota-Morris and has more than 12 years of experience in the electricity industry.

Nathan Grahl (ngrahl@grenergy.com) has worked with Great River Energy for 11 years. As a principal data analyst, Grahl works closely with the business divisions and member-owner distribution coops to provide leadership and technical expertise on executing analytical services. He holds bachelor’s and master’s degrees from the University of Georgia and has 18 years of experience as a quantitative decision support professional. 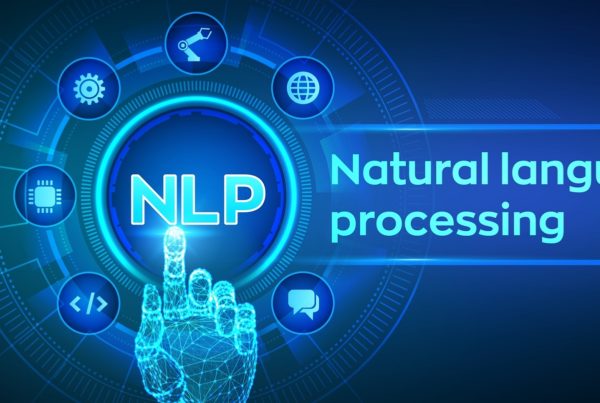 Natural Language Processing – Talking In A Way Machines Can Understand