By Amin KhodaeiSeptember 2, 2021 No Comments 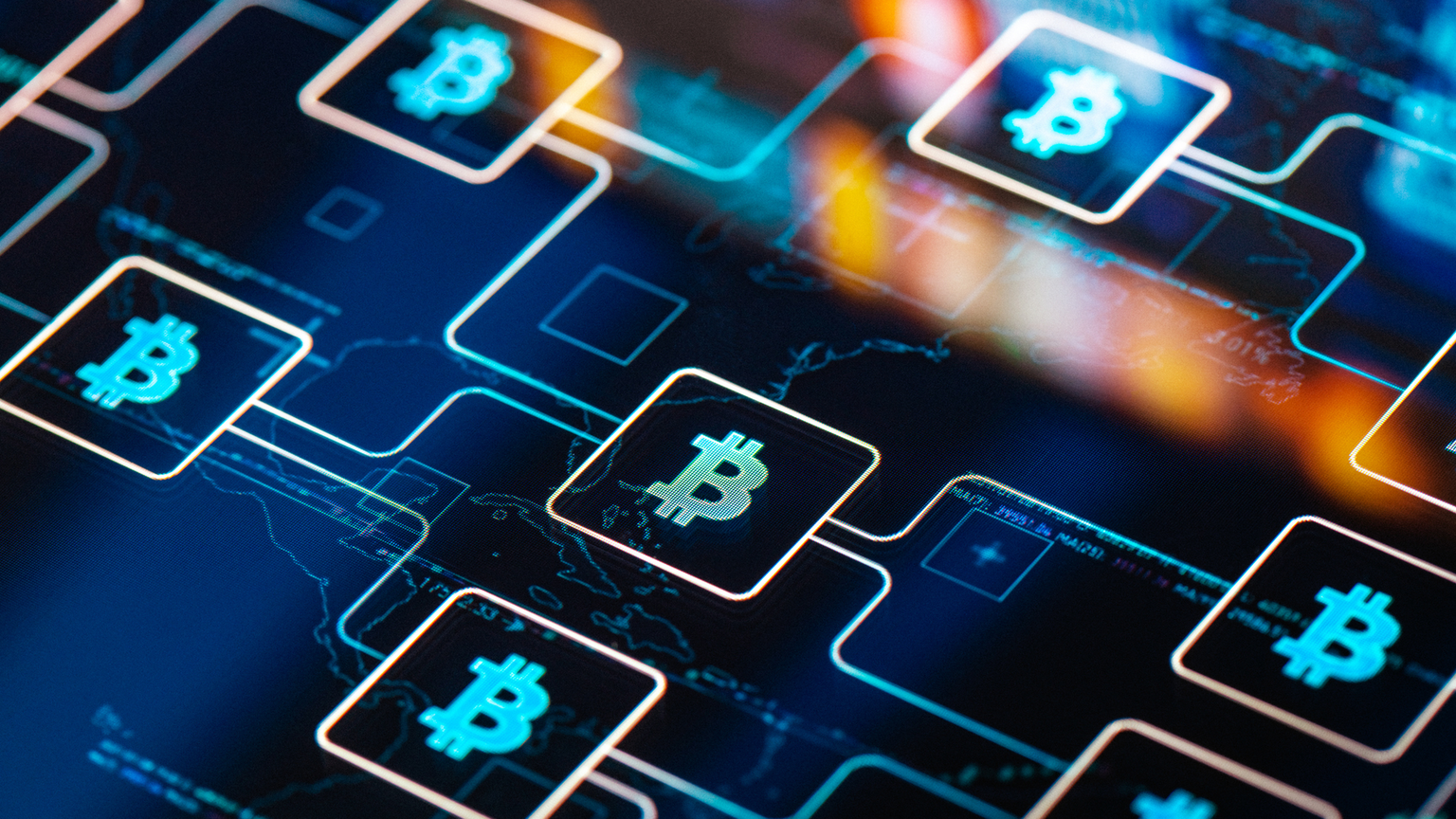 Decentralization, decarbonization, and digitalization are the three primary driving forces in the paradigm shift to the new energy economy. Decentralization, in particular, is a result of ongoing exponential growth in smart customer devices that are being integrated into the grid, as well as increased emphasis on grid-edge monitoring and control. The Institute for Electric Innovation reports that more than 98 million smart meters were deployed in the U.S. as of 2019, and projects the total number of installed smart meters will reach 107 million by the end of 2020. In another projection, the International Energy Agency (IEA) forecasts a global electric vehicle deployment of 40 to 70 million by 2025, and 120 to 160 million by 2030.

These trends clearly show the urgency of investing in the electric grid’s decentralization to ensure scalable operational capabilities. Blockchain technology has shown great promise to facilitate the decentralization process in electric grids. However, we believe there are at least three main challenges that electric utilities must overcome if blockchain is to play an integral role in the  decentralized grid of the future.

b) Operational capabilities and security

Electric utilities can leverage blockchain to build the transactive energy infrastructure needed for grid decentralization. Blockchain can facilitate a transaction infrastructure for peer-to-peer (P2P) energy trading across the grid. In this new system architecture, no intermediary is needed to provide the security support or keep a ledger of transactions (while in conventional centralized grids these tasks are performed by the system operator). Through the distributed digital ledger that blockchain provides, a broad range of data — from financial transactions to power system signals — are stored into a package called a block. These blocks are identified by a cryptographic characteristic called a hash and are connected in chronological order. Besides the current hash, the previous block hash is also included in the block.

This links the blocks and creates a chain — hence the blockchain. In general, each block in the blockchain contains a block header and a list of all transactions. The block header mainly includes the Merkle root of all transactions inside the block, previous block hash, a time stamp, and a nonce (an arbitrary piece of data used for consensus). To prevent injecting falsified data into the chain, a specific process called consensus mechanism is required. The consensus mechanism guarantees all nodes in the chain on the correctness of the latest block added to the chain.

The action performed for this purpose is called mining, and the nodes that carry out this task are called miners. Some of the most common consensus mechanisms are proof-of-work (PoW), proof-of-stake (PoS), Practical Byzantine Fault Tolerance (PBFT), proof-of-authority (PoA), and proof-of-elapsed-time (PoET). Large-scale implementation of blockchains to facilitate transactive energy infrastructure requires significant infrastructure investment and needs adoption of new regulatory frameworks. The investment includes the cost of blockchain platform deployment and the cost of the required upgrades for smart meters, communication protocols, data storage devices, and other power grid components.

Electric utilities should consider the decentralization process as a capital project where the investment decision should be justified through the expected future cash flows and the return on investment during the project lifecycle. 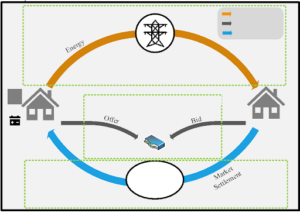 A system architecture for decentralized grids.

Although blockchain can provide a secure and distributed system architecture, technological limitations preclude a rapid scale-up of implementation. Most notably, there are limitations on the number of transactions, latency, and storage capacity that pose severe hurdles for large-scale implementation of this technology for decentralization purposes. That said, promising R&D work is underway that addresses this issue by increasing the block size, sharding, forking, and developing new blockchain architectures.

In addition, more efficient consensus mechanisms are needed as current options suffer from high energy consumption and the risk of monopoly formation on the blockchain. Other consensus mechanisms, such as PoS, have been introduced to overcome this issue. These mechanisms, however, come with a trade-off that put the blockchain at the risk of being monopolized by “bad actors” and hence attenuating grid decentralization objectives.

Electric utilities should therefore consider the existing technical limitations of blockchain technology in scoping out the functional requirements of their grid decentralization strategy.

In a decentralized power grid enabled by blockchain, the decision-making process is distributed throughout the network among the network participants (or decision agents in this context). Each network participant has a certain level of authority in a distributed framework that facilitates a cooperative decision-making process that replaces the centralized decision-making in conventional systems. Game-theoretic decision models and cooperative decision models under uncertainty, such as decentralized partially observable Markov decision processes (Dec-POMDPs), replace the decision-theoretic models primarily focused on unilateral or one-player decisions.

Despite the distribution of decisions among network participants, there is still a need for one single entity to oversee various operational configurations such as power dispatch and delivery, as well as frequency and voltage control. This can pose a challenge to governance of a decentralized system where decision processes, to a large extent, are distributed across the grid. At the same time, there still exist functions in the operation of the grid that are centralized in nature.

Even if these central aspects of operations are automated through autonomous software agents, there is a need for one single entity to maintain the system’s stability and provide the required network maintenance and support services. That will require an efficient governance structure to ensure the grid’s required service level and stable operations.

Therefore, electric utilities should pay special attention to the design of system governance structure and policies before transitioning into a full-on decentralized grid of the future.

Blockchain is an enabling technology for electric utilities as they plan and build the grid of the future and transition to the new energy economy. Blockchain can specifically support grid decentralization efforts by providing a secure and distributed system architecture. However, as discussed in this article, multiple major obstacles need to be addressed by electric utilities, most notably the transactive energy infrastructure, operational capabilities, and decentralized decision-making processes. Electric utilities play a pivotal role in making proper decisions to address these challenges before fully implementing blockchain-based energy systems.

This article was originally published on T&D World. 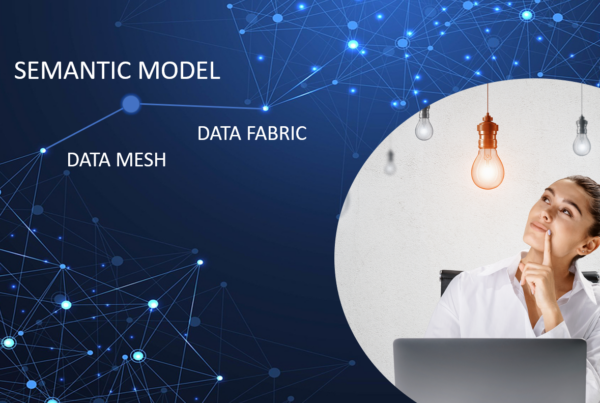 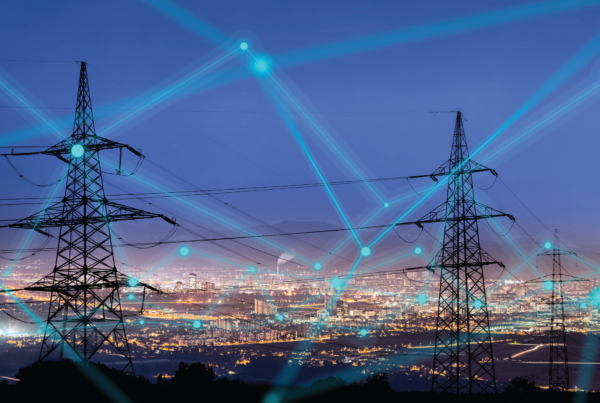