A virtual environment with AI-powered digitization 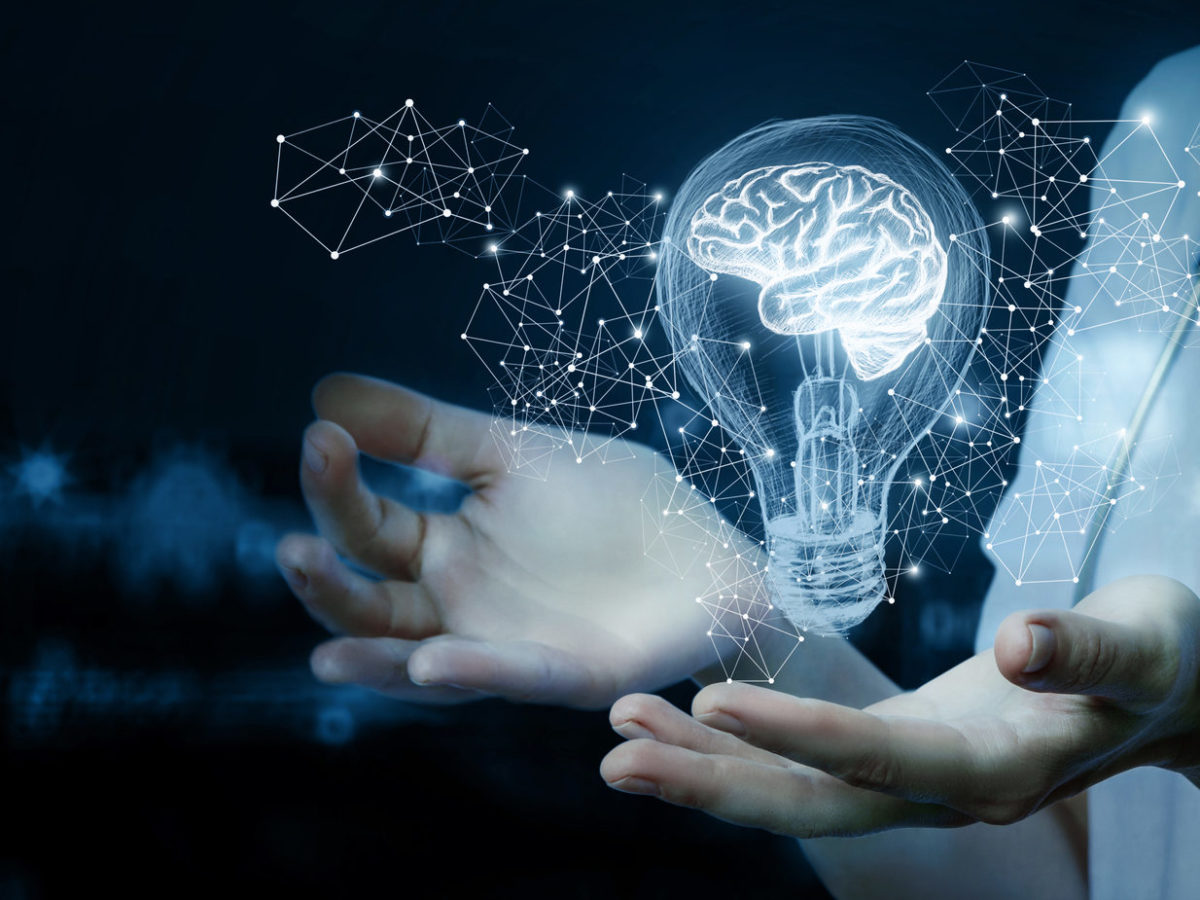 The prime directive for the “Charging Ahead” department at T&D World is to explore new technologies and older technologies that are being reestablished or revived. Interestingly artificial intelligence (AI) fits into both categories. On one hand, AI is being hailed as one of the latest cutting-edge technologies, but AI experimentation goes back to the 1930s and 40s and got serious in the 1950s when the term was created. Like so many other great innovations, science had to mature to catch up with the concept. While AI research was underway, the world was adopting many other forms of digital technologies, which produced a great deal of data that humans needed help deciphering. AI proved to be the technology that excelled with the large amounts of data and turning that data into useful information.

Smart grid technology followed this same data pattern by integrating a variety of data producing sophisticated sensors into hardware. High-tech communications systems fed the data streams into monitoring systems that gave the equipment the ability to be self-monitoring. The equipment could warn operators of overloading, cooling failure, and many other operating characteristics. In a relatively short period of time, these digital technologies brought about the Internet of Things (IoT) with its interconnectivity, which is quickly being mimicked by the Utility Internet of Things (UIoT). Both of these interrelated technologies are forging a virtual environment from the data produced by their ecosystems, but managing the data is slowing down the expansion of the smart grid into this virtual world.

Manufacturers and suppliers have tapped into this digitalized representation of the physical world with advanced asset management systems, which are changing business models, organizational structures and customer relationships, but there is a downside. An interconnected smart grid produces an overwhelming amount of data that makes real-time analysis difficult, if not impossible, for unassisted humans. That is where AI has been gaining attention. AI-powered asset management systems are adding the ability to manage this data and understand what it tells us about the asset’s health.

It’s important to remember that this form of AI is not the fictional AI seen in movies or on television. It is called Narrow AI, which is real and is capable of performing a specific task with a limited range of functions. Narrow AI has two branches that are important in asset management applications. They are machine learning and deep learning.

In its simplest form, machine learning involves teaching computers to use data and learn for themselves by identifying patterns in the data to make decisions, but machine learning has its limitations. That is where deep learning comes into play. In a recent conversation with Salman Gill, manager of Global Business Development for ABB’s Power Consulting business he said, “With deep learning, machines can learn from their mistakes and can solve almost any problem that requires human thought.” Gill went on to say, “Deep learning works similarly to machine learning by feeding data through neural networks, however, these neural networks become more developed and complex, which is necessary for classifying massive unstructured datasets.”

Getting back to asset management systems, the electric power grid has a lot of equipment, and the ability to define the health of each device is important. To do that, asset management platforms need the power of AI analytics, which is why utilities are starting to adopt these advanced methods of managing their assets. Smart grid equipment generates massive datasets for the utility to manage. The asset performance system needs to be able to mine this data and turn the data streams into actionable information. Without getting into a lot of theory, they do this by using three basic analytics procedures. These are descriptive analytics (defines what has happened), predictive analytics (tells what can happen), and prescriptive analytics (advises what can be done).

There are many terms used to describe what wizardry is taking place, but for this discussion let’s say it all boils down to these categories. When these are integrated into an asset performance system researchers have found these analytics have the potential to save billions of dollars in operations and maintenance costs to all areas of the economy. This is the driving force behind the research and development of diagnostic asset health systems. Many utilities are currently using these intelligent performance systems to take advantage of the data streams being produced to determine when maintenance should be scheduled, should a component be repaired and when should a component be replaced.

By taking advantage of these diagnostic choices, a utility has an advantage in making a decision that is the difference between being competitive and wasting resources. A recent report from the Utility Analytics Institute (UAI) website said that globally, utilities are finding that they need to evaluate their assets based on the asset’s health and not the calendar. The report went on to say that predictive and prescriptive analytics are making a difference by spotting trends from the data streams. That information is used to guide operations and maintenance resources more effectively. It allows utilities to take advantage of performance data and move from being reactive to proactive when it comes to asset management.

AI-powered asset performance platforms provide diagnostic capabilities by comparing data from healthy devices against data coming from the utility’s infrastructure. This results in a real-time performance assessment of each device being monitored. These advanced asset managing systems can predict if and when a component will fail. They also provide a maintenance schedule for all of the utility’s assets based on health rather than when a schedule says it is time, which saves the utility’s resources.

According to the UAI report, there are quite a few companies offering intelligent asset performance management platforms such as ABB’s Ellipse APM, Aveva’s APM, GE Digital’s Predix, IBM’s Maximo APM, and Oracle’s APM. Many of these companies are also offering cloud-based versions of the software, but there are of issues in the cloud. Cybersecurity and reliability are critical, but there is one problem that is more old-school than modern. It is the old accounting conundrum of paying for a service versus buying an asset. It is a regulatory problem that is not going to be handled quickly, but it shows that regulators need to catch up with the technology too.

Changing digital technological advances are causing manufacturers and suppliers to switch business gears. Recently, GE announced they are going to launch a US$1.2 billion industrial IoT software company. The company will be a GE wholly-owned company. A GE press release said, “The proposed new organization aims to bring together GE Digital’s industry-leading Industrial IoT solutions including the Predix platform, Asset Performance Management, Historian, Automation (HMI/SCADA), Manufacturing Execution Systems, Operations Performance Management, and the GE Power Digital and Grid Software Solutions businesses.” Interestingly, Schneider Electric and Aveva’s have created a collaboration as have Hitachi and Vantara. These emerging technologies are opening opportunities for the industry in general and utilities specifically.

Part of the Grid

Ameren Illinois, a subsidiary of Ameren Corporation, is modernizing their system across Illinois with ABB’s Ability Ellipse asset performance management system. According to Bryan Friehauf, Enterprise Software ABB Power Grids business, “The software solution will allow the energy company to better predict and prevent the failure of mission-critical equipment that delivers electricity to 1.2 million customers.” Friehauf went on to say, “It uses sensors, data, and advanced analytics to constantly assess the real-time condition of assets, determine when they might need repair or replacement and alert the stakeholders. This allows utilities to prioritize short- and long-term maintenance needs and drive productivity, safety and return on investment from critical grid assets.”

In late 2018, the New York Power Authority (NYPA) announced they had made a major step in becoming a fully digital utility by employing asset performance management software using predictive analytics to monitor transmission asset health. In a press release, NYPA said, “The New York Power Authority today announced that a comprehensive central command center is now online that analyzes the performance of its expansive generation and transmission network and identifies potential problems before they can cause service outages.” NYPA went on to say, “The center will use asset performance management software that runs on GE’s Predix operating system. Using sensors embedded in equipment such as turbines and transmission lines, it will better enable NYPA to better detect problems that could affect the utility’s ecosystem, sometimes weeks in advance.”

It’s easy to see, innovative AI-powered technologies are transforming business models, value streams, and revenue opportunities throughout the electric power industry. AI proponents point out the technology is changing the way we think about everything from renewable energy to energy storage, from demand management to load forecasting and many other applications. The shocking thing about all of this digital disruption is AI is still in its infancy. Nevertheless, AI-powered digitalization has ushered the grid into a virtual environment, which experts say is a necessary ingredient in the evolution to the future grid.

Gene Wolf is a Contributing Writer for Utility Analytics Institute and T&D World. 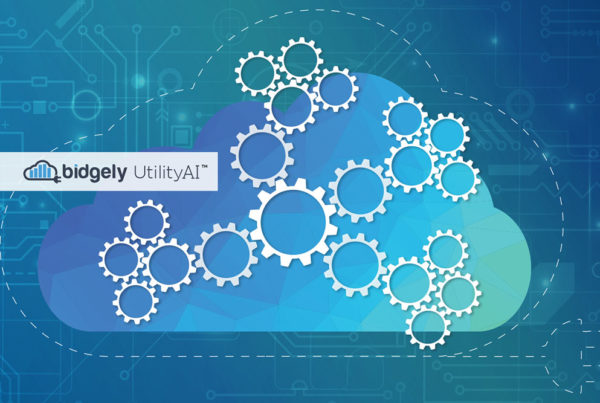 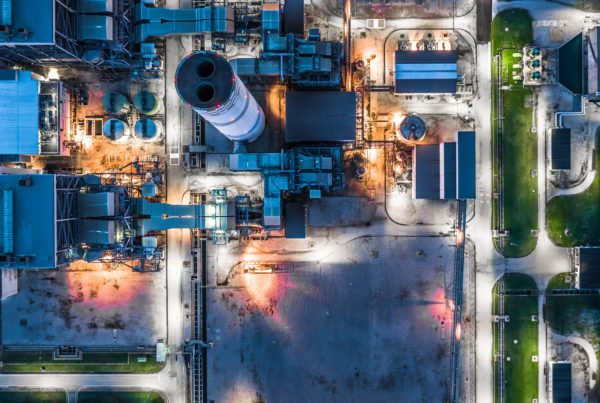 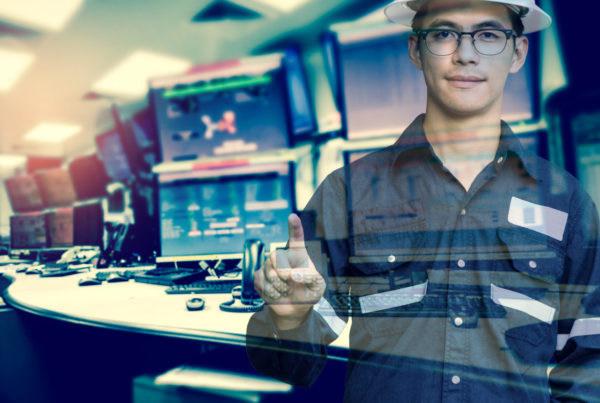