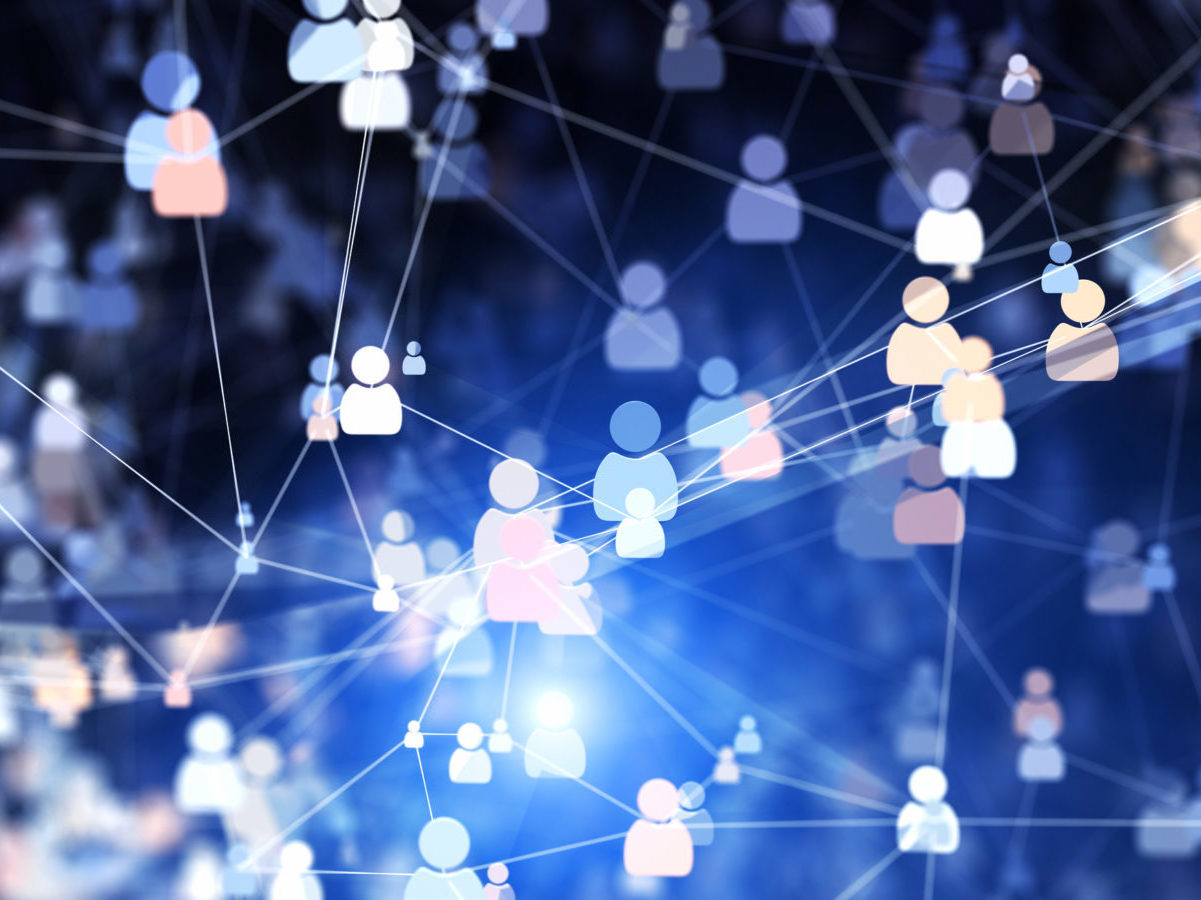 Using blockchain as an enabler of new technologies to assist utilities in keeping up with the times.

In April 2016, the first official peer to peer (P2P) energy transaction occurred between neighbors in a residential neighborhood of Brooklyn, New York. Dubbed as the Brooklyn Microgrid, homeowners with solar panels were able to sell their excess energy to their neighbors at a price and time of their choosing. The provider of the energy trading platform was LO3 Energy, a New York-based startup that used blockchain technology to enable P2P energy transactions among peers that occurred behind the meter, that is, without the oversight of the local electric utility. At this time, blockchain was mostly associated with the bitcoin payment network, enabling P2P payment without the need of banks or other intermediaries. The idea of “cutting out the middleman” being applied to the energy sector, however, was both innovative and disruptive.

Thenceforth, interest surged in blockchain-based P2P trading platforms, with over 120 startups raising upwards of US$300 million in funding in 2017 alone. Already reeling from the threat of increasing customer-owned distributed energy resources (DER) adoption, articles magnified the impact of P2P energy trading platforms that would first cut into utility revenue streams, and then eventually overtake the industry altogether. However, two main factors inhibit the vision of utility-less energy markets. First, although power is being generated by a customer-owned DER, an energy trading platform still requires infrastructure (poles and wires) to distribute power to its peers, which is still owned by the local utility. Second, the energy industry is highly regulated in most parts of the world, and the regulating body does not permit consumers to set the price of electricity.

This combination of inhibiting factors allows utilities to recalibrate their approach toward the impending modernization effort of the legacy power system. Instead of rejecting consumer DER adoption and placing strict limits on their penetration level within distribution systems, utilities could perhaps embrace these DERs and leverage them to help improve the operational efficiency of the overall grid. A concept that enables this thought is transactive energy, which is defined as a “combination of economic and control techniques to improve grid reliability and efficiency.” Within the context of the utility-customer relationship, transactive energy provides a framework whereby utilities can incentivize consumer-owned DERs to offer energy-related services to optimize overall grid efficiency and resiliency. Similar to the P2P energy trading use case, energy transactions would still take place, however, the utility would be an enabler of these transactions instead of a bystander. Given the shift of the utility-customer relationship toward a more transactive nature, blockchain technology can still be leveraged to provide an effective solution to facilitate transactive energy systems (TES).

A blockchain is a network of nodes (analogous to peers) that share a common database of transactions, referred to as a ledger. Transactions between peers are recorded within a block, then verified for correctness and validity by a subset of peers within the network. All validating peers must come to consensus in the validation process for the transaction to be verified. Once all block transactions have indeed been verified, the block is deployed to the common ledger and chained to the last block, whereafter transactions cannot be unilaterally modified. Smart contracts are also essential components of blockchains that automate transactions between peers based on the state of the ledger. Smart contracts exist as software applications on the ledger that auto-execute the business logic of the contract between peers depending on the data on the ledger. In the context of TES, a smart contract between a utility and large battery energy storage system owner may specify to discharge the battery when congestion is experienced in a certain portion of the grid at a fixed price. Measurements of battery output would be stored to the ledger, and after confirmation that the battery discharged at the agreed-upon rate, payment would be transferred to the battery owner.

The question remains, however, that with a market full of grid-service products such as active distribution management systems (ADMS) and DER management systems (DERMS), what value does blockchain bring that existing solutions don’t? The classic blockchain use case is to alleviate trust issues between disparate peers that may not trust each other yet must still work together. The usage of immutable ledgers and smart contracts resolve this trust issue for the most part. In the case of the modern utility seeking to use consumer DERs to add flexible services and capacity to the grid, the utility must be able to trust consumers to be able to follow through on their commitment. Connecting the consumer, utility, and other stakeholders together on a common platform on the blockchain allows a utility to hold all parties responsible for their actions, as well as automate their transactions. Effectively, the smart contract represents the utility overseeing all transactions over its distribution system without having to be directly involved at all times, thereby alleviating major pain points of handling complex rate structures and payment of incentives to various stakeholders. Furthermore, blockchains are inherently decentralized and are not vulnerable to a single point of failure, unlike many centralized systems mentioned above.

Demand response and ancillary services: Evolving standards and new technological advancements in smart inverters have helped create new markets at the distribution level, with California Rule 21 and IEEE 1547-2018 (standards for interconnecting DERs to the grid) specifying that DERs are able to provide voltage regulation services by modulating real/reactive power in real time. These open up a variety of new services for consumer DERs to offer to utilities along with conventional congestion management techniques of demand response. These new service markets include VoltVAR optimization (including reactive power injections to address voltage sags), flexible ramping, short term operating reserve, as well as blackstart for outage management. All consumer-owned DERs would exist as peers within the network, free to negotiate the terms of their DER usage with the utility by way of a smart contract. When needed, the smart contract would facilitate the service transaction and autonomously operate the DER as needed.

Smart EV charging: The urgent push toward mass electrification of transit networks worldwide will undeniably place a great deal of stress on utility infrastructure. In this case, short-term contracts allowing utilities to modulate the rate of charge provided to electric vehicles (EVs) is an essential service that will reduce excessive wear and tear on grid assets. This use case could also be complemented by vehicle to grid (V2G) technology to provide much-distributed storage capacity at various points within the grid.

P2P energy trading: In a utility administered system, an energy trading marketplace has the potential to correct power mismatches triggered by high penetrations of variable generation caused by solar energy. Incentivized coordination of DERs locally can also reduce peak demand and increase the efficiency of the utility grid. To ensure that the transactions do not violate any system constraints (transfer loading, feeder carrying capacity), these values may be included within the business logic of the smart contract to invalidate any offending transaction.

A Viable Platform: The Insolar TES

Insolar is a global technology company building innovative blockchain solutions for a variety of industries, including energy and power systems. The flagship product, the Insolar blockchain platform, is an open-source, enterprise-grade platform that seeks to increase the efficiency and transparency of shared business networks all over the world. This aligns well within the landscape of transactive energy, which is essentially a shared business network. As such, Insolar has developed its TES to enable seamless and secure energy transactions and services among a wide range of disparate energy consumers and prosumers at the highest blockchain transaction speed in the world (20,000 transactions per second on 20 nodes). Platform benchmarking thus far has revealed that the transaction throughout displays almost near-linear scalability, and as such, the platform may be able to scale to one million transactions per second for 1000 nodes.

The figure below shows the vision of the Insolar TES. Disparate nodes on the network buy and sell flexible energy services to co-optimize the performance of the entire grid, resulting in cost savings for all stakeholders involved. Aggregators of EVs may modulate their rate of charge to accommodate an unexpected ramping of solar energy, while an industrial microgrid may predict large demand for the day ahead and pre-purchase generation from a neighboring microgrid. On the other hand, services such as demand response and voltage regulation can also be offered to utilities (referred to as distribution system operators). Insolar focuses on three main use cases: smart EV charging, smart demand response, and enterprise microgrids. The first two are covered in detail above, while enterprise microgrids are targeted for large-volume customers that can utilize P2P energy markets to decrease reliability on the main grid.

In conclusion, it’s an exciting time for utilities to dive into new territories and discover new revenue/value streams going forward. Using blockchain as an enabler of these technologies may certainly assist them in not only keeping up with the times, but perhaps move even one step ahead.

Peter Fedchenkov is a trained mathematician, Harvard Business School MBA graduate and former investment banker with Goldman Sachs. Since 2014, he has been a passionate entrepreneur and has founded two successful technology companies, which operate across five countries in Europe and North America. He is a co-founder of Insolar, a global innovator in public and private blockchain solutions, developing a scalable and easy-to-use alternative to Hyperledger Fabric. Insolar Blockchain Platform’s “killer” features include unlimited scalability, no requirement to run a node, and interoperable public and private networks. He is passionate about developing solutions that will make the world more efficient, transparent and connected.
Love0 Share Tweet Share 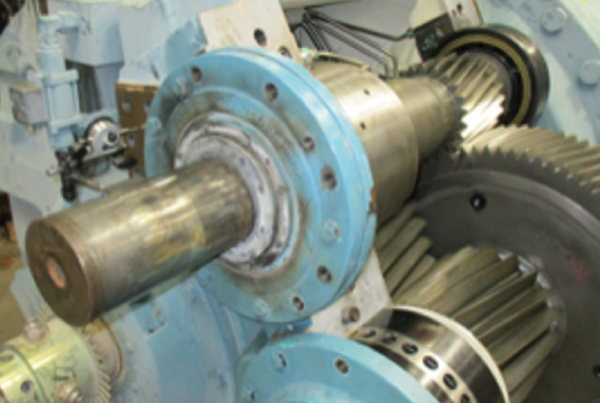 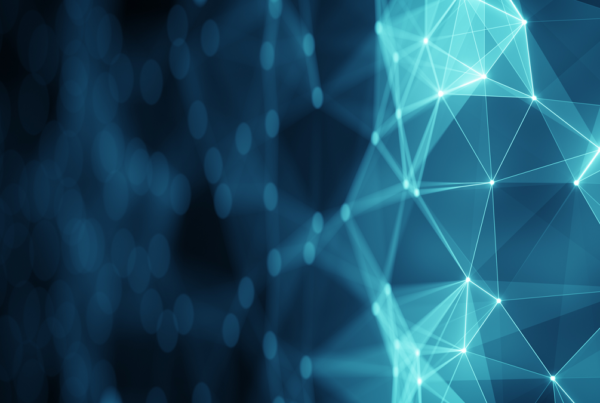 Making a Business Case for More Intelligence at the Grid Edge 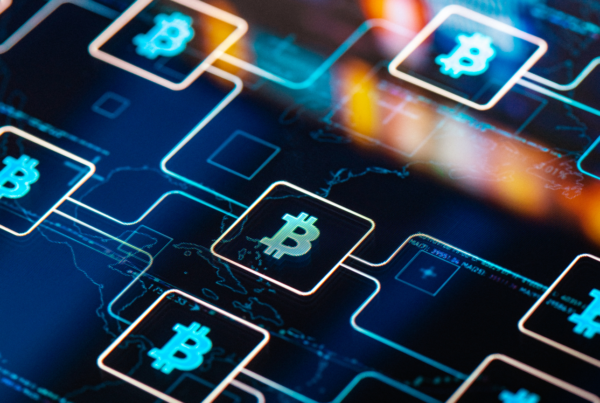